Despite its high costs,solid-state storage technology is becoming a viable storage alternative for high-performance applications. In a July 2011 Storage magazine survey taken by 500 data storage professionals, almost 50% reported the use of solid-state storage. Nearly half of those who had implemented solid-state had done so in desktop or laptop computers, while 44% used it in traditional hard disk drive arrays and 27% used it directly in their servers.

As solid-state technology use cases become more prevalent, so do the acronyms associated with it. This PDF chart explains some of the most important ones to know. 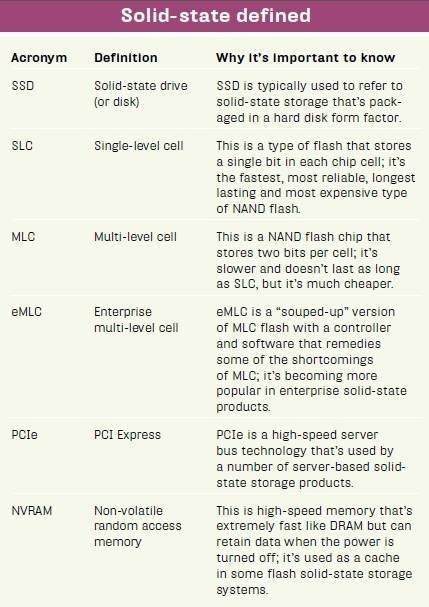 BIO: Phil Goodwin is a storage consultant and freelance writer.