By
What you'll learn in this tip: Storage resource management (SRM) tools are adapting to virtualization and other IT infrastructure changes. Learn about some new metrics for SRM tools that can increase visibility into your organization's storage efficiency.

In addition to their high cost and big footprint, the older SRM tools also relied heavily on agent technology. This not only slowed deployment, but complicated management as each agent became a potential problem and expense. The older products also often required a fat client on the storage administrator's desk which, at a minimum, might have to run one or a few Java applets. Agents facilitate the collection of detailed information from the storage arrays of different vendors.

Next-generation SRM tools, by comparison, are generally agentless. If they're not agentless, "they find creative ways to get around the use of agents by substituting a more friendly kind of agent," StorageIO Group's Schulz said. This often takes the form of an external appliance that knows how to dig out the desired information from each attached storage device.

"Agentless SRM approaches certainly are a lot easier," said Steve Scully, research manager, continuity, disaster recovery (DR) and storage orchestration at Framingham, Mass.-based IDC. "Previously, companies had to commit to installing lots of agents. In effect, you were adding to the problem in your attempt to fix the problem."

Despite the tumult in the storage resource management segment over the past few years, IDC's ranking of top SRM vendors hasn't changed much. "EMC [Corp.] is the big gorilla in the space with Ionix," Scully said. It's followed by IBM with its TotalStorage Productivity Center, CA's Storage Resource Manager and Hewlett-Packard (HP) Co.'s Storage Essentials products.

The challenge for all of these tools is multivendor information collection. SNIA's Storage Management Initiative Specification (SMI-S) was supposed to solve the multivendor challenge, but it hasn't fully delivered. "The problem with SMI-S is that it's lowest common denominator," StorageIO Group's Schulz said. "Vendors can make extensions, but to really make it work you need to use those or else go directly to the vendor's API." The need for extensions or APIs misses the point of having a management information standard.

Storage administrators still need the basic metrics around available storage. "They want to get a handle on capacity; what's available and when they're going to run out," IDC's Scully said. In the decade or more since SRM appeared, however, the IT infrastructure has changed, growing far more complex. This complicates the storage resource management challenge.

Virtualization, for example, creates problems for storage admins. "You lose visibility," Scully noted. "You no longer see a one-to-one server-storage relationship." Now storage admins need automated discovery and path mapping from the application and the virtual machine to the physical server, through the network switch to the storage array, and down to the LUN and file system. Throw all of that into a multivendor environment and the complications snowball.

Still, Scully hasn't sensed any clamor at the storage admin level for new SRM metrics. "Many are too busy just trying to keep up to think about new metrics. This is really a higher-level IT concern," he said, that shows up at the data center level.

Based on input from storage administrators and analysts, here is a list of the new metrics that should find their way into future SRM tools and practices. They fall into three broad categories: performance metrics, backup and disaster recovery metrics, and green metrics (which is just emerging):

"In terms of performance, I want to see metrics that show choke points by measuring throughput on the array, the cache, by RAID group or the switch," said a storage manager at a large trading firm. Aptare Inc.'s StorageConsole gives him everything he needs in terms of capacity management and chargeback. To get visibility into potential choke points along the end-to-end storage process, he turns to tools provided by his array and switch vendors.

For the Law School Admission Council Inc. in Newtown, Pa., a service provider to its member law schools, performance management requires keeping close tabs on available capacity, especially during its busy season. Using HP's Storage Essentials, the school monitors changes in capacity. "We try to be proactive," said Jerry Goldman, director of technical services. "We can add capacity on the fly or clear out data." He said that when a capacity threshold hits 85% it gets checked every six hours; when it reaches 90%, the warnings come every three hours. If it hits 95%, the storage people are on it hourly.

Tom Becchetti, the Unix and storage manager at a midsized medical research institution, has lately started paying more attention to performance. "Now that everything is virtualized, it's driving higher I/O. So I'm concerned about response time in IOPS," he said. Their usual SRM tools don't show end-to-end performance, so he's looking for tools that operate at the subsystem level.

For some IT managers, backup and disaster recovery metrics have become important. "I'd like to see metrics on how quickly we can recover a website. If I have a certain amount of storage, how long will it take me to recover in the event of a failure?" queried Gary Rizo, director of IT operations at LifeScript.com, a woman's health Web portal based in Mission Viejo, Calif.

The financial trading firm is also concerned with backup and recovery metrics. "We're an ITIL [Information Technology Infrastructure Library] shop and have to meet specific backup and recovery service targets," said their storage manager. Aptare gives him reports on successful backups, which he can massage for trending.

While companies are looking at backup and disaster recovery metrics, they should also look at replication performance and success/failure. "The same SRM tool should report on replication errors and what kind of errors they were," StorageIO Group's Schulz said.

Green storage resource management metrics have barely begun to take hold. "No customers are asking us for green storage metrics. There are not yet tools to expose that data," said Kalyan Ramanathan, HP's director of business service management. Added Aptare Inc. CEO Rick Clark: "Most storage components don't give power consumption. Even their APIs and CLIs don't give that information." Once storage vendors can expose that data, SRM tools will be able to grab it.

But some storage managers see potential benefits from gathering green metrics. "Take something like kilowatts/TB. Changes in a number like that could be an early predictor of a disk problem," said John Wonder, an independent storage consultant in San Mateo, Calif. Other storage-related energy metrics, such as energy cost per TB, he suggested, might be valuable in a large data center or in a location where energy availability is severely constrained.

Given the emerging interest in new storage metrics and the growing use of virtualization, the SRM label is perhaps out of date. With interest in wide and deep end-to-end visibility, StorageIO Group's Schulz suggested that "SSRM" -- systems and storage resource management -- would be a more appropriate term in this virtualized IT era. Trying to monitor and measure storage performance without looking at switch ports and servers, both virtualized and physical, will be increasingly frustrating.

BIO: Alan Radding is a frequent contributor to TechTarget sites 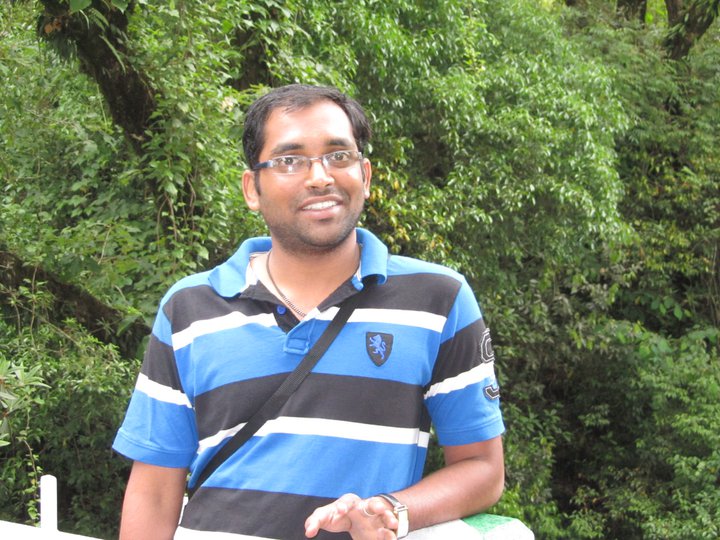 nykontym - 6 Aug 2014 5:56 AM
I find this to be a very comprehensive evaluation of SRM tools Alan. From performance to backup to the relatively new green metrics you have summed it up well. End to end visibility into storage is paramount and OpStor with its VM-to-Host maps gives you that from a single console. It also gives you the entire map of your storage space with color coding to identify issues quickly. The basic features can be seen at this link http://ow.ly/A0F7z . Not many companies give you health metrics but OpStor gives you fan, battery and power supply status. This helps in monitoring the long term response of devices. I am the marketing analyst for OpStor.