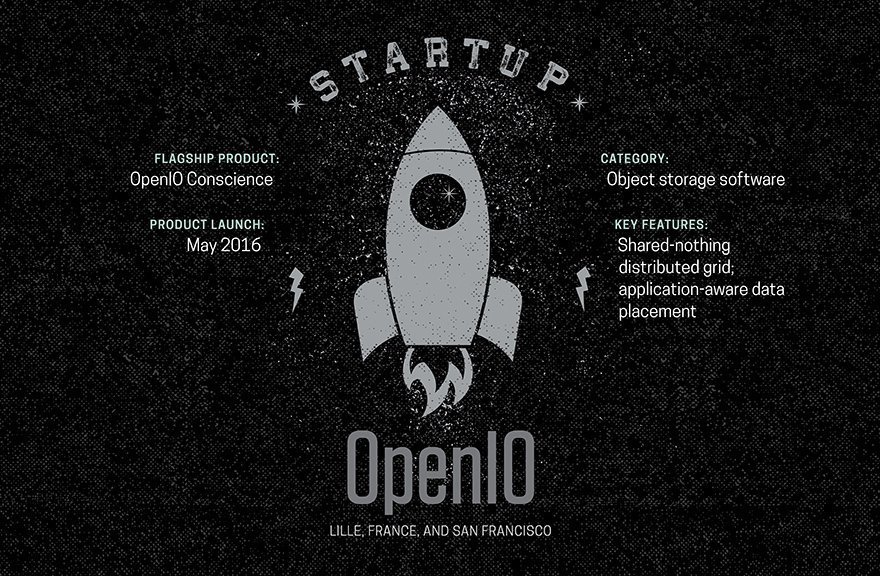 With its shared-nothing approach, OpenIO is trying to find footing in a packed object-storage market. The company's technology has its origins in email and messaging, expanding recently to address cloud archiving, video files and voice recordings.

OpenIO is an eponymous software-only product that aggregates x86 server capacity from flash, disk and tape. The servers are organized as a massively distributed grid that shares compute storage and compute under a single global namespace linearly scaling to petabytes of capacity.

Each OpenIO object node participates in directory management and storage services. The grid-based architecture distributes metadata to eliminate a single point of failure.

Detection is automatic when a new node joins the OpenIO cluster. The new servers contribute immediately without the need to rebalance data.

Central to the OpenIO software is its application-aware Conscience technology for dynamic data placement. The Conscience algorithm continuously collects metrics on the node cluster, calculating a score for each node based on the available compute, memory and I/O. Metrics determine where data objects are written based on an application's performance requirement.

OpenIO is based in France, although it recently opened a U.S. office in San Francisco. Software versions are available for email, enterprise and video storage. The enterprise edition builds file services on the OpenIO open source core engine, including a REST API that supports Amazon S3 and OpenStack Swift metadata access. Data objects are protected on the fly using Reed-Solomon erasure coding.