Majority of companies limit backup data in the cloud 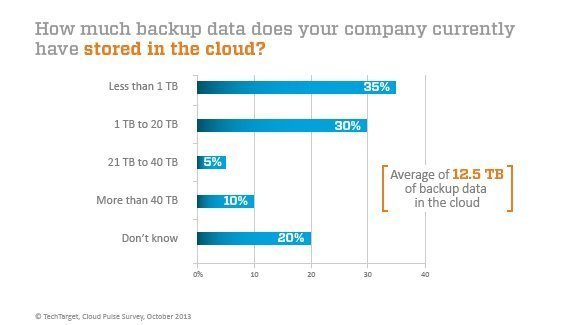 As evidence that the use of cloud backup is growing, the average amount of backup data a company has in the cloud has grown steadily over the course of our three CloudPulse surveys to date: from 8.5 TB in August 2012 to 9 TB last spring, and the jump to our current average of 12.5 TB.

In our Fall 2012 and Spring 2013 surveys, 11% and 12% of those surveyed, respectively, said they had more than 20 TB of data stored in the cloud. That number has slowly but steadily climbed to 15% in the current survey.