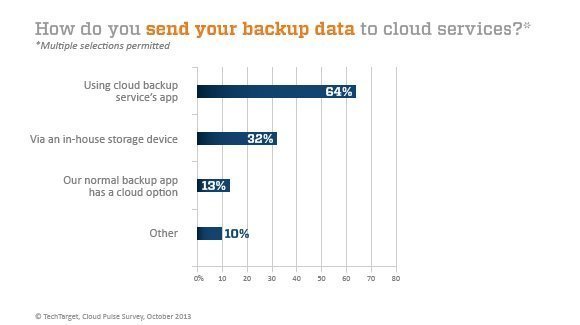 With nearly half of an average company's applications using some form of cloud storage, it's likely that backup to cloud storage accounts for a big slice of that pie. With so much emphasis placed on data protection, having a reliable method of transferring data to a backup cloud service is vital.

Thirty-two percent use an in-house appliance or gateway as a backup target that sends backup data to a cloud storage service based on pre-set policies.

(Note: Some companies use multiple methods to access their cloud backup services.)