Amount of data companies send to a cloud backup service 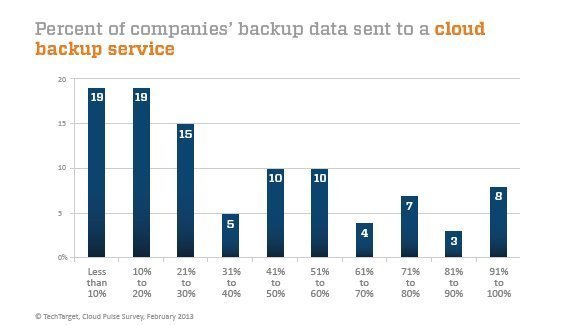 Still, almost a third of responding companies note that cloud backup services account for 50% or more of their total backup volume. For smaller companies -- specifically those with fewer than 100 employees -- that number is about the same (33%); 26% of companies with 1,000 or more employees use cloud backup for 50% or more of their total backups. The small difference between those numbers suggests that the popular perception that cloud backup is more appealing to small companies than it is to enterprises is becoming less relevant.