Find out what readers had to say about hard disk drive price increases and shortages. What types of compromises did they have to make when placing orders?

As 2011 drew to a close and 2012 dawned, most storage news focused on the devastating floods in Thailand and their crippling effect on hard disk production. With more than half of all disk manufacturing concentrated in that area, it wasn’t long before storage vendors announced price increases and shortages. Of the users who said they ordered disks or disk systems (29 TB average order) since November 2011, 56% said prices were hiked, with the average increase at 12%. Disk orderers also had to wait longer to receive products, with 40% reporting delays -- and half of them saying the delays were “fairly long” or “very long.” More than a third (35%) couldn’t get the disks they wanted, with 62% noting that high-capacity (greater than 1 TB) SATA disks were the toughest to procure. There’s very little skepticism among our respondents: 11% think the shortages are a vendor ploy to pump up prices, 36% believe the shortage are real and 47% feel the shortages might be exaggerated. 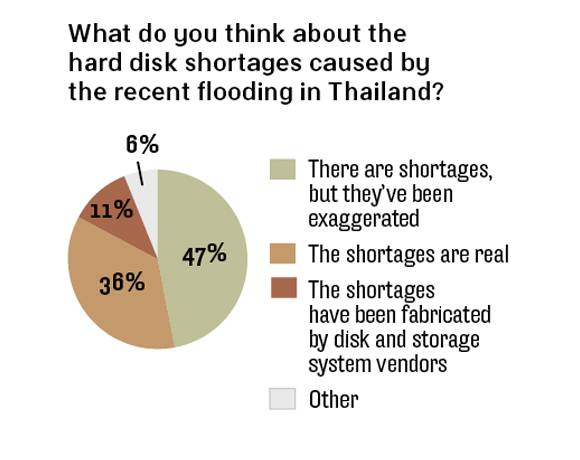 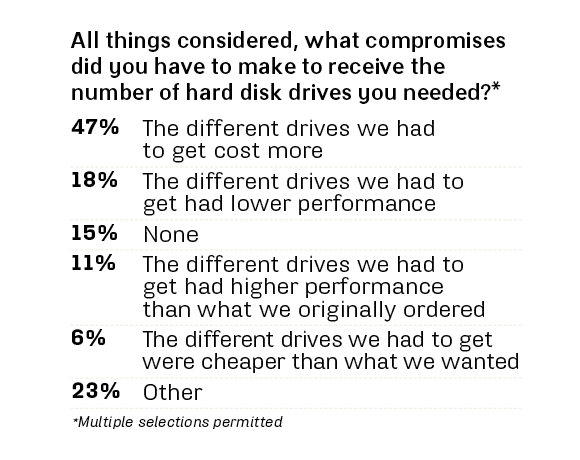 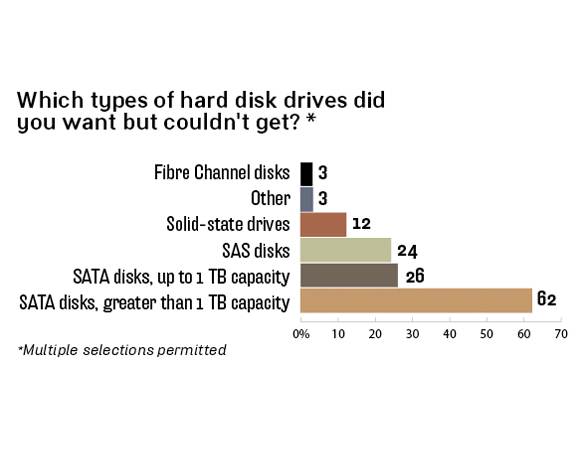 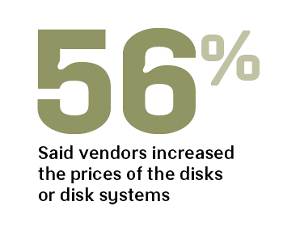 "The laws of supply and demand dictate price, but I feel that manufacturers and retailers have taken this opportunity to exploit the consumer just as gasoline companies do."  --Survey respondent