Four short years ago, only 36% of surveyed readers were using solid-state storage, but today, their data centers have gotten a lot flashier with nearly two-thirds (63%) reporting solid-state storage deployments. Back then, hybrid arrays were the most popular method of implementing flash in the data center, and it still is today with 38% running hybrid storage. But installing solid-state directly in servers has become a popular alternative, with 34% saying they have server-side flash. The latest rage -- and the priciest implementation -- is an all-flash array, and a surprising 26% have already opted for one of these sizzling systems.

Companies currently using solid-state storage have been doing so for an average of a bit longer than 17 months, and the average installed flash capacity is 7.4 TB -- substantially more than the mere 1.5 TB reported four years ago. More impressive, however, is the average of 9 TB of planned solid-state purchases for this year -- an average that even includes the 21% who said they weren't buying any.

It may be surprising to see that the main use case for solid-state is for end-user files (59%), probably due to the proliferation of flash in notebooks. But supporting mission-critical apps (47%) and hosting virtual servers (35%) are also common applications. However it's being used, the implementations appear to be successful, as 36% rate their experience with solid-state as "extremely satisfied" while 45% are "satisfied." Only a grumpy 2% said they're disappointed or extremely disappointed.

Among non-users, the main reason not to use flash is the same as it was four years ago: price. Sixty-seven percent said solid-state was still too expensive for their storage budgets. But non-users are very interested: 20% plan to implement it within two years and 25% will evaluate it this year. 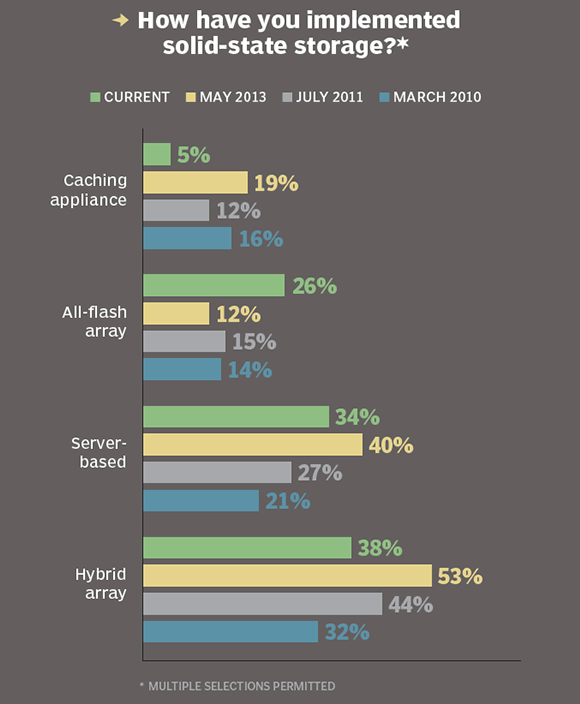 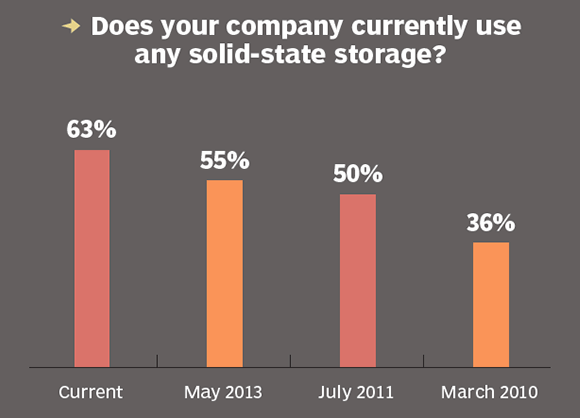 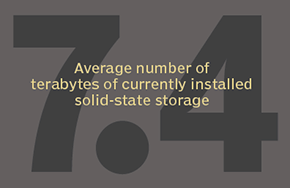 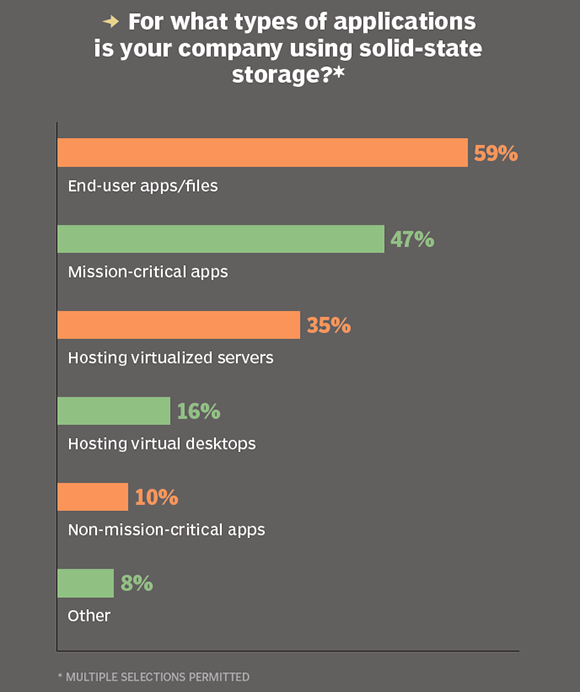 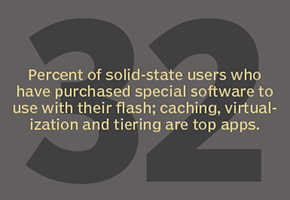 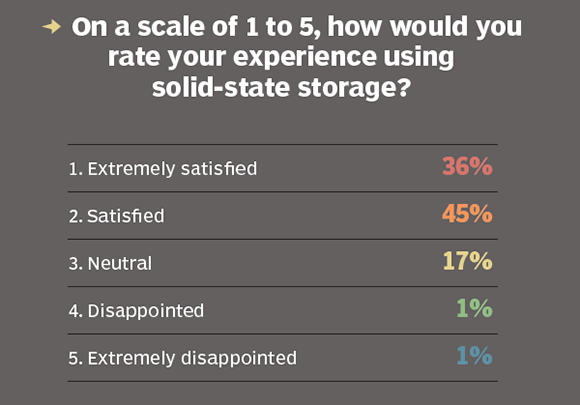