Among the reasons why our survey respondents say they're using converged systems are convenience of the converged architecture, the ease of preconfiguration and cost savings.

Converged storage systems are all-in-one kits that include a storage array, servers, networking and usually a pre-installed hypervisor. All the major data storage vendors have either partnered with other vendors or pooled their own resources to offer converged systems. It's a relatively new idea, so it's no surprise that just 17% of our survey respondents say they're using one of these storage stacks (59% of them have had their gear for a year or more). The main reason for buying in was the convenience of the converged architecture (32%); preconfiguration was another selling point (24%), along with cost savings (18%). Converged systems users are pretty happy: 39% rate their experience as "very favorable" and 46% say it's "somewhat favorable"; nobody was disappointed and only 14% are still on the fence. Use cases for converged storage fall mainly into two camps: general-use primary storage (38%) and dedicated to one mission-critical app (30%). 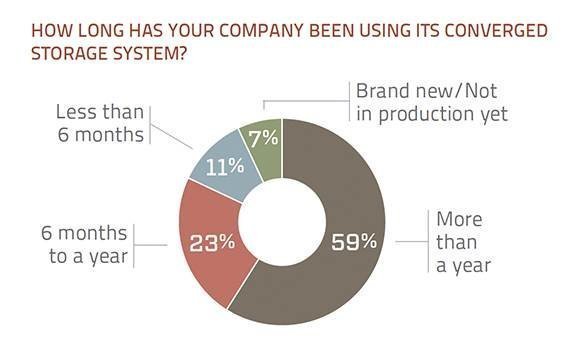 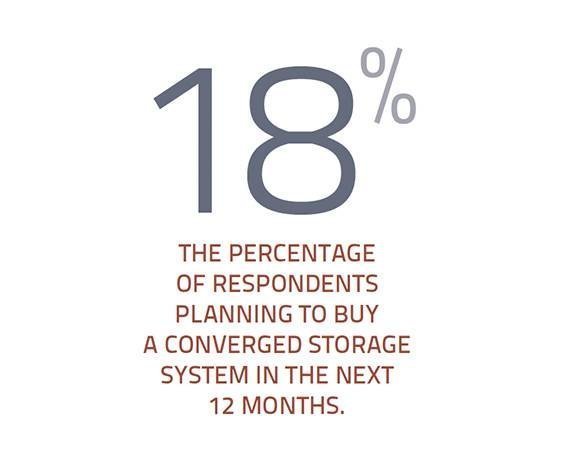