This content is part of the Essential Guide: Best data storage products 2013: Products of the Year

SanDisk Corp.'s FlashSoft 3.2 server-based caching software won the award in our storage system software category by ranking in the top three for each of the six judging criteria -- a feat unmatched by any other finalist.

Our judges' scores placed SanDisk FlashSoft 3.2 first in ease of integration, and ease of use and manageability; ranked it second in performance and value; and tied it for second in innovation and third in functionality.

"FlashSoft has one of the most efficient server-side caching software [products] on the market," praised one judge.

The product requires no modification to applications, server operating systems or existing storage infrastructure, and accelerates the performance of Windows and Linux application servers. 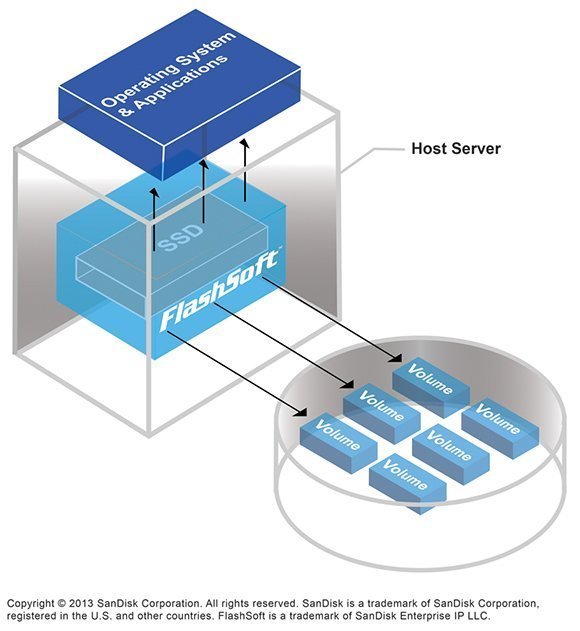 The 3.2 upgrade improved scalability by permitting up to four separate caches on a single server, increasing the maximum cache size from 1 TB to 2 TB, and raising the number of volumes supported by a single cache from 255 to 2,048. The new version also added support for concatenated SSDs for larger caches, heterogeneous SSDs for caches of varying priority and write-back caching with SSD mirroring.

One SanDisk FlashSoft customer moved to the 3.2 version to be able to split the cache into separate sections. The feature allows the storage vendor to provide disk-specific caching in its multi-disk storage node. If a disk is hot-swapped or fails, the product can manage the cache for that disk independent of the other drives in the chassis.

Ben Rubenstein - 14 Feb 2014 3:30 PM
Hi there - I was seeing the same issue at first, but after a refresh the content appeared. The same may work for you.