Our View: Quantifying a galaxy's worth of data 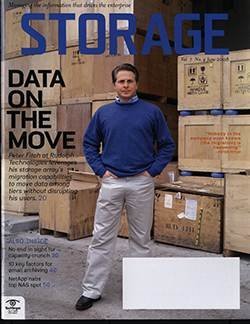 If numbers don't lie, then we're all in for some storage overload. In the "digital universe" (which for now presumably includes just Earth), the amount of data collected by 2011 will be 1.9 trillion gigabytes, according to a recent IDC report commissioned by EMC. But how did they get that number? Dave Reinsel, co-author and group VP, says IDC arrived at its number by plugging digital storage shipments and content forecasts into an in-house algorithm. "I looked at tape, optical, disk and flash, and came up with how much we have shipped and how much will be available in the future," he says. Teammate John Gantz created an algorithm and applied it to digital content sources that included cameras, videos, LCD TVs, X-rays and RFID tags. IDC doesn't have competitors disputing its claim. No other research firm has yet tried to quantify all the world's data, leaving us to stagger under the weight of 1.9 trillion gigs of data until next year's estimate piles on more. --Christine Cignoli