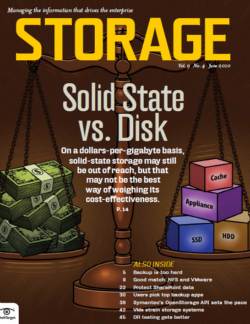 One of the by-products of the OST interface is better backup and recovery performance. Maybe that will get more backup vendors to develop their own APIs. EMC Corp. recently announced its Data Domain Global Deduplication Array (GDA) that optimizes data deduplication in large-scale environments by aggregating the data storage capacity of two of its deduplication appliances to improve throughput performance and scale. In terms of delivery, one of the key enablers of GDA's ability to distribute deduplicate processing is Symantec Corp.'s OpenStorage (OST) API technology. Symantec OST is an API for NetBackup (Versions 6.5 and higher) and Backup Exec 2010. Partners leverage the API to write a software plug-in module that's installed on the backup media server to communicate with the storage device, creating tighter integration between the backup software and target storage. In short, it's an interface that speeds up backup for NetBackup customers. The only problem with OST is that it highlights the fact that other backup vendors don't ...