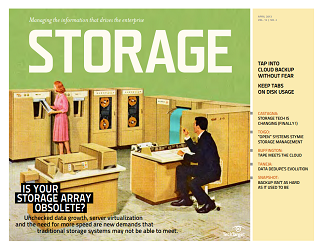 This article is part of the Storage issue of April 2013

With few standards and storage array vendors not inclined to give up their proprietary ways, managing data storage has become much tougher than it should be. Last month I talked about the present situation in storage infrastructure management using a term derived from ancient Greek: anarchy. Anarchy is a convenient catchall for the challenges that have existed since firms began abandoning mainframe computing, with its centralized approach to managing storage and data assets, for a more decentralized model. While unseating IBM as the reigning IT monarch may have sounded like a revolutionary idea, the rhetoric of the "open systems" movement never really panned out. Those who bought into the idealistic Rousseau-ian world view (hierarchical order corrupts) forgot to read their French history and Hugo and Dickens novels. Revolutions tend to eat their own and generally produce a lot of unintended consequences. Following the open systems revolution, things quickly got pretty oligarchic, or downright anarchical, as IBM rivals swarmed ...