Storage Bin: Behind the scenes 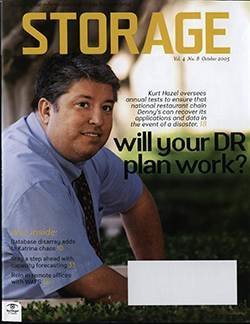 Behind every great man is a greater woman. Behind every great actor is a director. Behind every great quarterback is a coach. Behind many big storage deals with big storage vendors is the little-known startup that actually made the big vendor's products usable in the customer's shop. Pixar used tons of Network Appliance (NetApp) gear making Toy Story, Finding Nemo and all those other fantastic mega-data-generating movies. EMC never had any success breaking into that account nor did Dell for that matter. Enter little-known Ibrix. Its clustered distributed file system let EMC satisfy Pixar's need for collaboration without the "single pipe" bandwidth issues it was limited to with NAS. Instead, Pixar built an 1,800 node mega-cluster (yes, 1,800 nodes--one cluster) that used Ibrix software to give every node shared access to tons of SAN bandwidth on the EMC back end. NetApp did the same thing to EMC. It won a big deal at an all-EMC shop because it offered some simple global namespace functionality from a goofy little company called ...