Tape makes a comeback (but was it ever gone?) 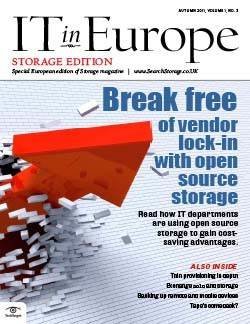 Somebody out there is spreading rumors about the death of tape, but there’s plenty of life left in this venerable storage technology. How many articles have you read in the past year that begin along the lines of “Despite reports to the contrary, tape isn’t dead”? A lot, right? Not only is it a little tedious to have to deal with the same “tape is dead/tape isn’t dead” stuff all the time, you have to wonder who actually pronounced tape dead in the first place. Don’t look at me -- I have nothing against tape. And although journalists get blamed all the time for dumping the tried and true in favor of the latest, coolest technologies, I think it might be the dedupe, virtual tape library (VTL) and disk backup target guys who are trying to drive a stake through tape’s heart. Wasn’t it Data Domain that used to hand out those “Tape Sucks, Move On” bumper stickers at trade shows? And if you read the name of a certain VTL maker from right to left it says “no tapes.” In any event, if tape is truly dying, it’s dragging out the process even...

View IT in Europe Archives