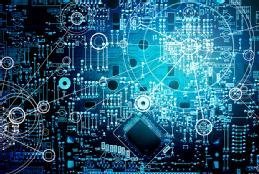 As the price of flash chips continues to drop, the adoption of flash memory for storage will continue. But storage is not the only use for flash, and there are other emerging memory technologies on the rise.

NAND flash is a nonvolatile memory, which means when system power is turned off, the memory holds the last data it was using. Current dynamic RAM (DRAM)-based system memory that is used for active computing loses its data when the power goes away.

As the use of in-memory database systems increases -- where data is kept in active memory for rapid processing -- developers and vendors must find ways to ensure data is retained in the event of power loss. Enter the nonvolatile DIMM: This emerging memory technology uses NAND flash chips in standard dual inline memory module cards to connect directly into the system memory slots, instead of -- or in addition to -- DIMMs based on DRAM.

That solves the power loss problem, but it also reduces system performance. Flash is much faster at reading and writing data than a magnetic hard disk, but much slower than DRAM.

That brings us to the newest emerging memory technology: phase-change memory (PCM) and its first commercial product, 3D XPoint. With PCM products such as 3D XPoint, the writing of a bit from a 1 to a 0 is handled by electronically flipping the resistance of the individual cell. This makes it potentially much faster than even NAND flash, bordering on the speeds of DRAM. But PCM is nonvolatile, like flash.

The goal for some people interested in emerging memory technology is a single memory type for both storage and computing, in which any amount of memory attached to the system can be used for either purpose. New technologies such as PCM promise to bring that goal to reality within the next decade.

Nonvolatile DIMMs and phase-change memory products such as 3D XPoint are the latest memory techs that storage administrators should be on the lookout for.

Now that Optane products are on the market, the future of fast memory for storage and processing looks bright. But will Optane match the claims Intel has been making?

The search is on to replace DRAM in the future data center, one of many evolutions to come for data center hardware, one industry expert says.