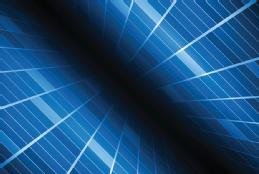 What's next for NVMe and NVMe over Fabrics

IDC recently predicted that, by 2021, more than half of primary storage revenue will come from storage based on NVMe technology. "It makes sense for enterprises to understand what this technology can do for them, so that they can integrate it into their own environments most cost-effectively," said Eric Burgener, an analyst at IDC, in a report titled "NVMe Over Fabric."

The market has grown considerably just in the last six months, according to G2M. More than 90 companies are in it, offering 293 products, the technology research house said.

So where is NVMe technology headed? The protocol must move beyond individual hosts with direct-attached NVM subsystems to distributed data centers. That's where NVMe over Fabrics (NVMe-oF) comes in, extending NVMe across Ethernet, InfiniBand and Fibre Channel.

NVMe-oF maps commands and responses to a host's shared memory. It facilitates communications between an NVMe host and a network-connected NVMe storage device. It extends the distances over which devices based on NVMe technology can be accessed and makes scaling to a larger number of devices possible.

According to recent tests done by Demartek, a storage and networking analyst company, NVMe over Fibre Channel delivered 58% higher IOPS and 34% lower latency compared with the SCSI Fibre Channel protocol. It accelerated existing workloads and only required a software upgrade.

E-Handbook: How NVMe technology and NVMe over Fabrics will change storage

What's next for NVMe and NVMe over Fabrics

NVMe-oF is taking NVMe's benefits to the next level, letting devices based on the technology be used over distances and scaling to a larger number of devices.

NVMe over Fabrics is revolutionizing the storage market by making full use of data center capacity and becoming an effective replacement for SAN environments.

The nonvolatile memory express protocol is tailor-made to make solid-state drives as fast as possible. Get up to speed on everything you ever wanted to know about NVMe and PCIe.

Storage vendors agree that NVMe will become the default for solid-state drives, but it must still overcome cost and configuration challenges.