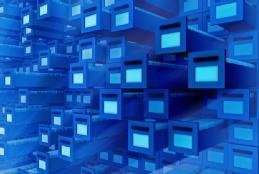 In the fight between who will win the hearts and minds of storage array buyers, the hybrid storage array, with its mix of HDDs and flash, is older than the all-flash array. One could therefore assume it has the edge in experience when it comes to storage array types.

Once, software was created that allowed solid-state drives to be used as cache for HDDs in a hybrid array; however, it was just a matter of time before someone decided to eliminate HDDs from the array to produce the all-flash array (AFA).

Since then, developments and improvements in both hybrid arrays and AFAs have proceeded nearly in lock-step. As one of the storage array types adds features or performance, the other moves quickly to match or overtake its rival.

But is there truly a rivalry between these two storage array types, or is it mostly in the heads of marketing people?

The key to answering that question is determining your organization's specific storage needs. Each of the storage array types has its own set of use cases. But there are also instances when either type of array works well, and that is where the battle for dominance occurs.

It is possible that the continuing drop in flash chip pricing may make the debate moot. After all, why drive an antique Stanley Steamer car when even a modest modern car outperforms it in every way?

Will the hybrid array become the Stanley Steamer in this scenario? If SSD prices continue to drop so that a flat dollars-per-gigabyte comparison tips in the favor of flash, then yes. But for some time to come, it's vital to look at the smallest differences in cost and performance to determine if an AFA or hybrid array best suits your storage needs.

The debate still rages over whether all-flash arrays will make hybrid arrays obsolete, and cost is not all that matters when reviewing storage array options.

AFA storage advances may mean the end of the hybrid market

Flash price drops and speed boosts make the all-flash array the smart choice over hybrid storage arrays for most enterprise users, not just those with high-performance computing needs.

Innovations in flash memory have led to changes in the cost and performance of flash SSDs, prompting some to speculate if we'll see hybrid storage wither away.

With a bevy of all-flash arrays coming out in early 2016, flash is becoming the only game in town for primary storage. Hard disk drives are being relegated to cold storage.