A USB flash drive -- also known as a USB stick, USB thumb drive or pen drive -- is a plug-and-play portable storage device that uses flash memory and is lightweight enough to attach to a keychain. A USB flash drive can be used in place of a compact disc. When a user plugs the flash memory device into the USB port, the computer's operating system (OS) recognizes the device as a removable drive and assigns it a drive letter.

The first USB flash drive came on the market in 2000 with a storage capacity of 8 megabytes (MB). Drives now come in capacities ranging between 8 gigabytes (GB) and 1 terabyte (TB), depending on manufacturer, and future capacity levels are expected to reach 2 TB.

The memory within most USB flash drives is multi-level cell (MLC), which is good for 3,000 to 5,000 program-erase cycles. However, some drives are designed with single-level cell (SLC) memory that supports approximately 100,000 writes.

How a USB flash drive is used also affects its life expectancy. The more users delete and write new data on the device, the more likely it will degrade.

There are three main USB specifications that USB flash drives can connect through: 1.0, 2.0 and 3.0. Each specification publication allows for faster data transfer rates than the previous version. There have also been several prereleases and various updates in addition to these three versions.

USB 1.0 was released in January 1996. It was available in two versions:

Version 1.1, an update that fixed various issues in 1.0, was released in September 1998 and was more widely adopted.

USB 2.0, also known as Hi-Speed USB, was released in April 2000. It was developed by the USB 2.0 Promoter Group, an organization led by Compaq, Hewlett-Packard (now Hewlett Packard Enterprise), Intel, Lucent Technologies, Microsoft, NEC Corp. and Philips. USB 2.0 features a maximum data transfer rate of 480 Mbps. This boosted performance by up to 40 times. It is backward-compatible so USB flash drives using original USB technology can easily transition.

USB flash drives are small and light, use little power and have no moving parts. The devices, whether they are encased in plastic or rubber, are strong enough to withstand mechanical shocks, scratches and dust, and generally are waterproof.

Data on USB flash drives can be retained for long periods when the device is unplugged from a computer, or when the computer is powered-down with the drive left in. This makes a USB flash drive convenient for transferring data between a desktop computer and a notebook computer, or for personal backup needs.

Unlike most removable drives, a USB flash drive does not require rebooting after it is attached, does not require batteries or an external power supply, and is not platform dependent. Several manufacturers offer additional features such as password protection and downloadable drivers that allow the device to be compatible with older systems that do not have USB ports.

Drawbacks to USB flash drives include the ability to handle a limited number of write and erase cycles before the drive fails, data leakage and exposure to malware. Data leakage is a problem because the devices are portable and hard to track. A security breach due to malware can occur when the device is plugged into an infected system. However, encryption and a routine scan of the USB flash drive are common approaches in protecting against a security breach. 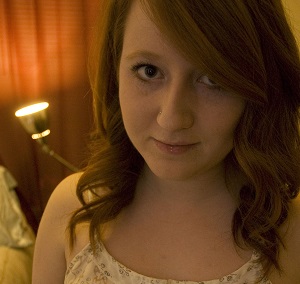 USB drives are also sometimes referred to as "flash drives." This definition of "flash storage" might help explain it further:
https://whatis.techtarget.com/definition/flash-storage
[-]

Try taking a look at this tip – it explains some possible causes of the issue you're having and how to solve it:
https://searchenterprisedesktop.techtarget.com/tip/What-to-do-when-USB-flash-drives-refuse-to-mount-in-Windows
[-]

ToddN2000 - 26 Mar 2015 11:06 AM
I forget to eject safely sometimes myself. On the plus side I have never had an issue and still have been able to use the USB drive as if I had ejected it, Sometimes there are not enough hours in the day and I need to finish up something at home.
[-]

Ben Rubenstein - 26 Mar 2015 12:36 PM
I pretty much only use USB drives as a backup these days - for example, if I'm giving a presentation at an unfamiliar location, and know I may not be able to plug in my laptop, I store a copy of the necessary file on a USB that I can easily plug in. Gives me some peace of mind, too. I'm with both Todd and Michael on ejecting, though - I regularly forget that part, but have seen no ill effects to this point.
[-]

abuell - 26 Mar 2015 4:13 PM
I don't use them for work any longer, only for personal use, mostly to back up photos and documents, etc.
In fact, at my company they have disabled the use of USB drives or other types of removable media on company desktops and laptops. The purpose is to prevent people from taking sensitive information off of their work computers, where data is encrypted for security. They have also blocked access to cloud storage. If I want to take work home, I have to take my laptop with me.
[-]

bhannah - 27 Mar 2015 9:28 AM
I use them all the time.  Especially if I have to do software updates to systems other than my own.  We had have multiple speeds running on the WAN, and so we discovered that pushing out any major updates over the WAN, ate up our bandwidth, and since we were running realtime as a financial institution, we could not afford slowing the WAN down due to bandwidth issues.  Any major patches, I downloaded to my USB Flash drive and took them with me, and then put them on the local server, and then I remote in and do the patching from the local server.

ToddN2000 - 27 Mar 2015 10:36 AM
Another way I use them is to fix others computers. I load all my utility programs and anti-virus downloads so I can install them on their system. It's sad to see just how many people lack even the basics protection for their computers.
[-]

CCL36744 - 27 Mar 2015 11:08 AM
In our organization, we use USB drives for backup to critical files and data that we might need. We use the cloud to back up most of our data, but we like to have the USB drives for a just-in-case backup. We also have clients that prefer us to transfer information using encrypted USB drives over standard methods.
[-]

SarahWilsonTT - 7 Apr 2015 11:16 AM
It sounds like people are still using USB drives for a few different reasons -- for me it's usually in a similar way to what Todd was describing above -- mostly to take work home. I have run into problems too with keeping files up to date with the latest versions when moving back and forth between home and work devices. Has anybody run into any other issues or difficulties with USB drives?
[-]

I use flash drives to transfer files from connected to non network connected systems for security purposes. This is itself is a security risk so that the flash drive must be virus scanned before it is used on the non connected system. My second use although non fully vetted is backup and archive. What is the long term storage capabilities? CDs and DVDs are no longer practical for large amounts of data or data backups. These usb drives may or may not have a listed safe storage duration where data can be recovered for the device after 10-30 years, or longer? What do others think about long term storage on USB drives? Small size can be a issue also due to misplacement. CDs and DVDs are a good size because they can be stacked and put into file folders. Tape is most likely the best second type storage media for large amounts of data but can be expensive and less convienient. What do others think?

Donbot - 27 Nov 2017 5:19 PM
Does anyone know bout storing cd's on flash drives? My new vehicle did not come with a CD player but I've been told that I can download cd's on a usb stick and play them on my car audio system through the usb port. If this is true would I have to download them from a computer cd drive?
[-]