Jeda came out of stealth this week with Fabric Network Controller (FNC) software, which it describes as intelligent software that installs on a hypervisor and gives standard Ethernet switches the ability to run the most powerful SANs. Jeda software runs with adapters from Intel and Broadcom, Berman said. The software virtualizes the connection between servers and storage. FCN supports Fibre Channel and Fibre Channel over Ethernet (FCoE) protocols.

The idea is to remove the need for dedicated storage switches, which greatly reduces cost and fits in with the current converged infrastructure strategy pursued by many companies.

“Storage networks are too expensive and too complex, and they don’t scale,” said Jeda CEO Stuart Berman, a veteran of storage networking companies Emulex and Vixel.

Berman said his software installs as a virtual machine on VMware ESX, and will eventually run on hypervisors from Microsoft, Red Hat, Citrix and others.

“We’ve virtualized the way servers talk to storage,” he said. “People will see the virtual machine that they install on their VMware server. We talk to switches and adapters in storage and servers. We can be an application on top of [VMware-owned SDN play] Nicira or Big Switch.”

Can Jeda’s software match Fibre Channel’s low latency? That is a requirement to make it in storage networking. We should find out soon enough. Berman said Jeda has two unannounced OEM wins, and he hopes to see his software show up in shipping products around the middle of the year.

He intends to set up a VAR program as well, but this type of software seems best suited to OEM distribution. 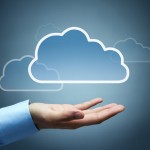 cloudways321 - 13 Nov 2013 6:42 AM
Cloud Computing has various flavors, each purposely aimed at aligning with the varying business modules prevalent today. Hybrid cloud computing solutions take advantage of the benefits of both public and private cloud models.
[-]

Adam Hughes - 13 Nov 2013 10:00 AM
@cloudways321 - For sure. It's no longer private or public, enterprises have too many needs to just have one or the other. The challenge will be to manage the complexity of a hybrid cloud going forward.
[-]

SDouglass - 25 Nov 2013 9:54 AM
Yes, David is right. Everyone does have plans to extend private cloud to public resources. In working with large, highly regulated enterprises, I see many organizations deploying a blend of clouds to handle different types of application workloads and effectively managing the hybrid environment is indeed an imperative. A cloud management platform that features a central, policy-based governance engine is essential to manage everything from which workload deploys to which cloud, to billing and cost optimization. Shawn Douglass, CTO ServiceMesh