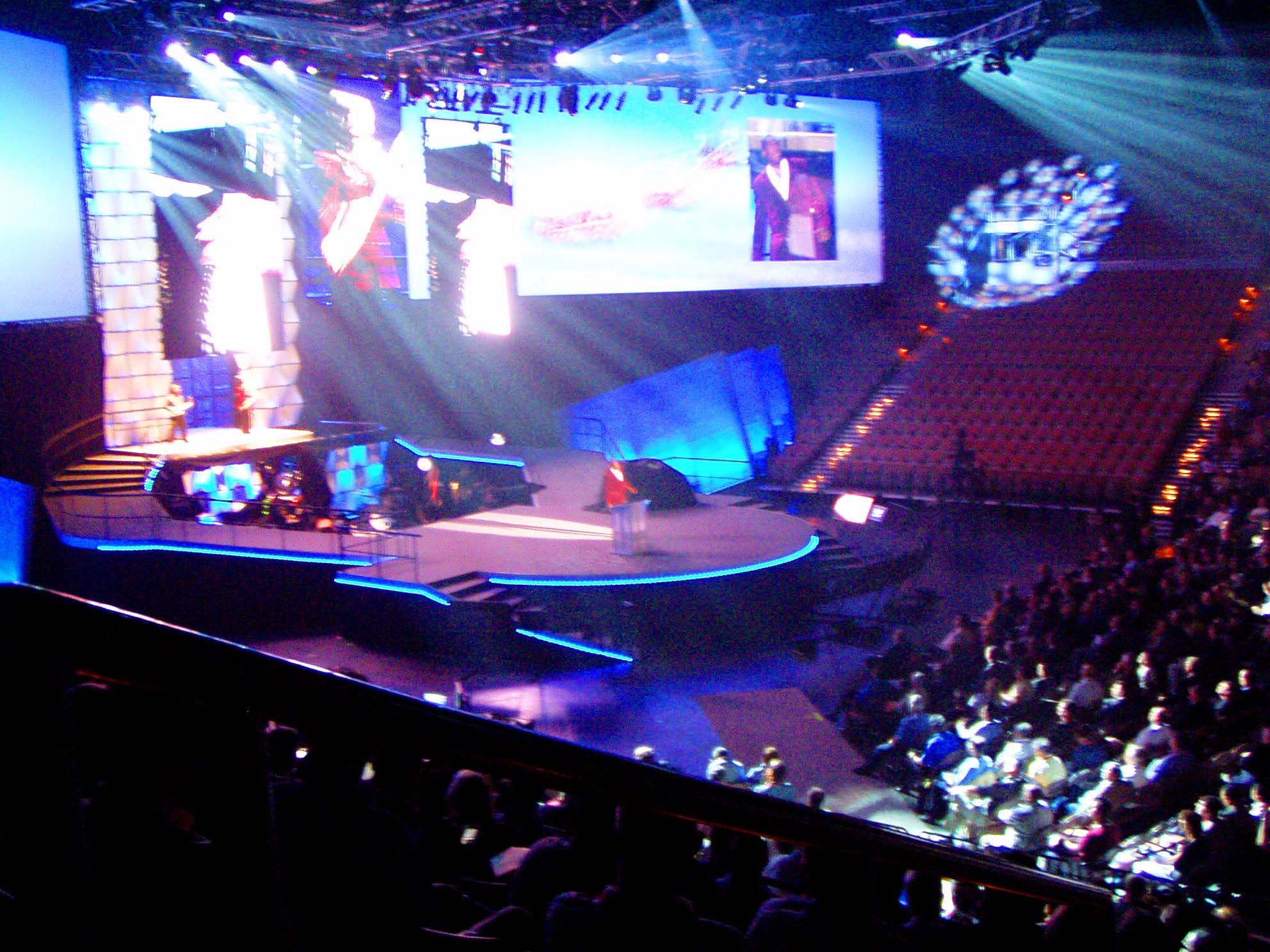 Welcome back to Las Vegas, where water (a precious commodity in the desert) will cost you $4 a bottle. This week, storage users moved from the Venetian to the Mandalay Bay hotel, drinking in its tropical theme and all the news they could handle on HP. A few miscellaneous items from the show:

HP CEO: “no confusion” about need to improve business

During his keynote speech Monday night to officially open the show, HP’s CEO Mark Hurd said he’s proud of the progress the company has made “over the last two and a half years” (i.e. since the “Carly Era” ended and the “Mark Era” began), but said “there isn’t any confusion about how much work we have in front of us.”

Hurd told the gathered audience of thousands in Mandalay Bay’s Event Center (where Pay-Per-View boxing matches are also held) that “we’ve invested millions in R&D, only to underdistribute our products in the market.” He estimated the market for HP’s products at $1.1 trillion, compared to HP’s revenues of $100 billion. The company has added 1000 salespeople and is working with its 140,000 channel partners “to get them deeper into the markets they cover,” Hurd said, particularly in midmarket accounts.

“The biggest complaint I get is how hard it is to do business with HP,” Hurd said. “We have to take the complexity that comes with being a big company and turn it into a capability that works for you.”

Among the presentations at this year’s conference for media was the video-illustrated story of the brothers Clowes, who climbed Everest in 2006 carrying an HP DAT 160 tape drives and LTO-2 tape cartridges to backup photos and video they took on their ascent to the summit. HP “helped out” with the climbing trip and loaned the brothers a laptop as well as the drives, according to Thomas, the excursion’s photographer and the owner of a small residential building company in the UK. He said his two-man climbing team (consisting also of brother Benedict, a UK financial analyst) bailed out a professional video team from the BBC filming a documentary when their laptop choked on the dust flying around the air at base camp. HP also had the brothers do temperature testing on the tapes, which it is reported survived the wintry ordeal intact.

What would a conference be without more keynotes? On Tuesday morning, Randy Mott, EVP and CIO of HP, took attendees inside HP’s data center consolidation, in which it was estimated the company invested approximately 2% of its gross revenue (gross revenue, according to Mott’s presentation: $97.18 billion) in a three-year project to consolidate 85 data centers into three “zones”, each with two data center locations, in Houston, Austin and Atlanta. Construction is expected to finish on the data centers by this November, and the majority will have been completed in the next 60 days. The consolidated data centers now boast 21.6 football fields’ worth of raised floor space, 40,000 servers, 16,000 racks and 4 PB of storage. Mott said HP has halved the cost of its storage for double the capacity, though the consolidation won’t stave off storage growth for long–the company expects to be at 10 PB by the end of its three-year project.

That’s all the news that’s fit to print from where I sit–if you’re attending the HP Executive Forum, StorageWorks Americas or Technology Forum conferences this week, feel free to add your thoughts below.

MKHALID - 16 Jan 2013 12:59 AM
Loosing focus on security in virtualisation due to eagerness and excitedness in responsing to virtualised ICT consultants.
[-]